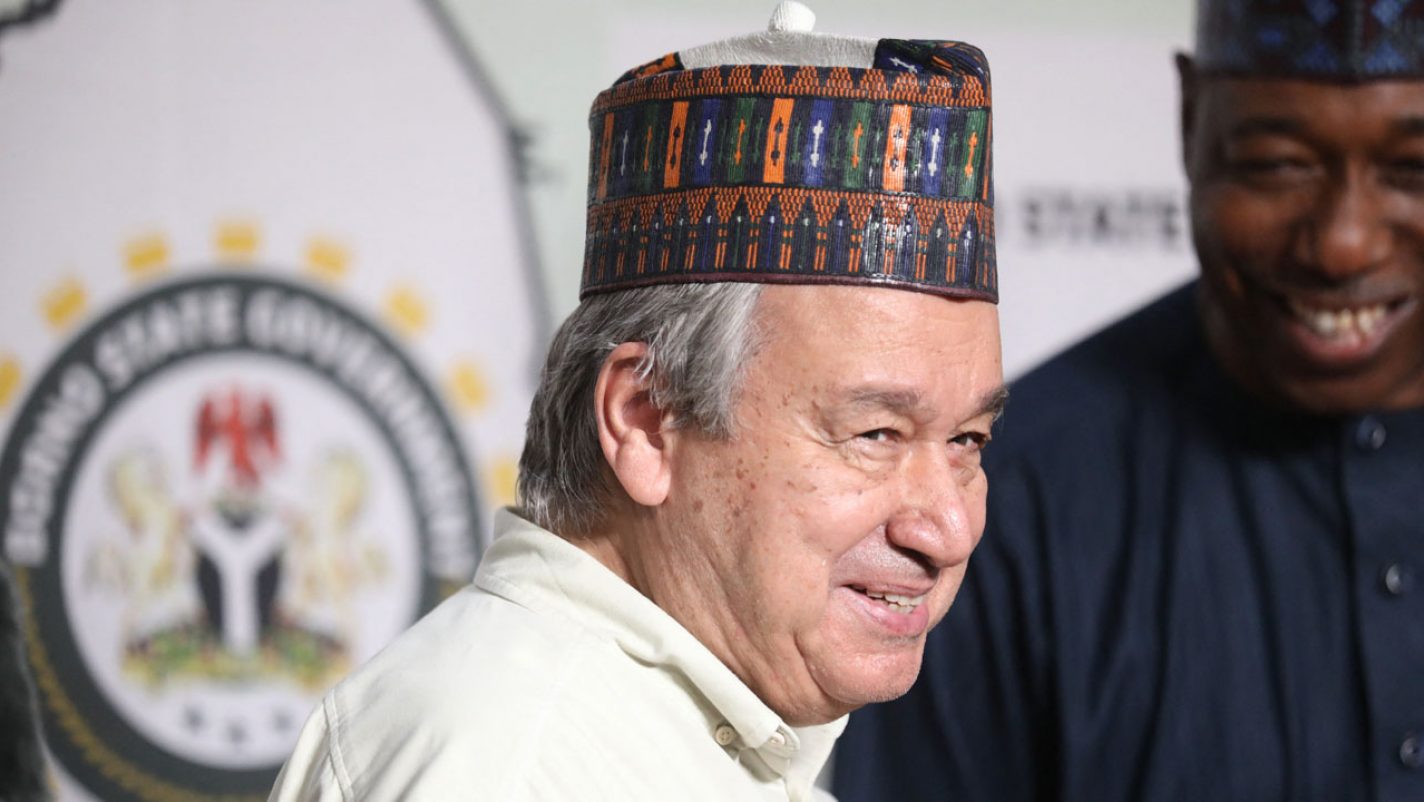 On 3rd May 2022, United Nations Secretary General visited an IDP camp in Borno State Capital called Maiduguri. This place has been a hot bed for terrorism. It is also called the birthplace of Boko Haram. There has been ongoing fighting between the Nigerian military and Boko haram.

As a result 2.2 million people have been displaced and 40,000 people have been killed. Many children were also forced to join them in fighting against the military. Some joined due to the lack of opportunities present in Nigeria. As Nigeria is a poor country and ongoing battle with the terrorist have further weakened its economy.

He said “Let’s do what we have to do about humanitarian support to these camps.”

He further added “But let’s try to find a solution for people, and that solution is to create the conditions, security conditions, development conditions for them to be able to go back home in safety and dignity.”

The Nigerian authorities want to put an end to the camps. They have said that they want people to move to safe areas. This has concerned many organizations as they know that the ongoing fighting won’t stop and this will cause the refugees to suffer.

United Nation Security General Antonio Guterres also visited the rehabilitation center for armed fighters. These camps had fighters who were part of the book Haram but later withdrew. Surprisingly the fighters involved children as well.

While visiting the camp, he said “I was amazed to see today in the center [that] those that have been terrorists, they want to integrate in the society and contribute to society. And the policy that is in place here is a policy of reconciliation.”

Guterres pushed for more support for these ex-fighters asking them to be integrated back into the society.Terrorism and climate conditions have caused a lot of problems for Nigerian people.

There is a lack of rainfall which has also affected the country in the worst way possible. As these limited resources are the reason the communities are fighting with each other. Deforestation is another such issue. Many communities have migrated to other areas due to the absence of resources. Many Schools have also closed down. This has affected the education of many Nigerians. The health and education system is under a lot of pressure and it’s on the verge of collapsing.

It is becoming a challenge for farmers to grow their crops and sell. This has put Nigeria in need of great help from the outside community.

Mr Guterres has called on the international community. “to invest in the Borno of hope, to provide support to the projects of the government of Borno and of civil society in order to create the conditions for real development, the conditions in which schools work, hospitals work and jobs exist; conditions in which people get to live in peace and solidarity.”

He has further added “Not only in state of hope, but a state of reality, in which there is no room for terrorism.”