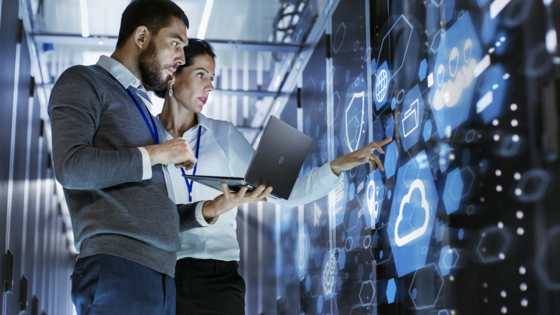 Role Of Technology In Sustainable Development

Throughout the history of humankind, technology has kept on evolving. In prehistoric times there were tools designed for cultivating and harvesting crops. These tools were made 10,000 years ago. In modern times, however, the current laws of physics and mechanics apply to all the machines that are man-made. This revolution came in the 18th century after the advent of world war. We live in the computer age where modern computers are used to carry out our daily tasks. This has brought a revolution in the field and technology. As technology has started to take the place of humans now.

However, technology has led to the downfall of humans as well. This has destroyed our ecosystem. Many natural organisms have ceased to exist due to the negative effects of technology. The revolution in technology has caused global temperatures to rise. This has brought about climate change. It is predicted that between 2030 and 2050, there will be more deaths due to malnutrition, diarrhoea, and heat stress. According to the experts, climate change has made it difficult for people to live in certain areas. It has caused food wastage in many places. Also, many people have moved away from coastal areas as existing conditions have become difficult for people.

In the past, technology was viewed from a very narrow lens. The negative impacts of technology were ignored. It was developed keeping in mind the economic and commercial needs. This is why the outcomes brought a negative effect on the surroundings. These changes were unintentional, but they were the reason behind the environmental changes happening in the world. So it was decided to create technology in a way that it had the least effect on the environment and the surroundings. Thus there were brainstorming sessions at the UN, and many countries sat at the table to discuss such issues.

Firstly, resources seemed to be a problem as many technologies were reliant on sources that were non-renewable, which means that those resources were scarce. So to tackle this issue, it was decided to introduce those resources that were renewable. For example, creating electricity from sunlight and wind is considered okay. As the sunlight and wind is the resource that will never run out. However, creating electricity from coal isn’t a great idea. As burning coal produces gases that are harmful to the environment, coal is a non-renewable resource. So it was decided to try renewable ways when it came to technology.

Secondly, it was decided to give women equal opportunities in workplaces. The laws were passed that made it easier for women to work in places filled with men. For this purpose, new technology was introduced.

Thirdly, it was decided to rely on green technologies more. This term was given to the technologies that were dependent on renewable sources of energy. These sources would never run out and were cheaper than fossil fuels. This decision was carried out, and the laws were made and implemented. This was done to reduce emissions and bring down the cost of energy production.

It can be seen that implementing the new laws has brought about some positive changes in the natural environment. These laws have reduced the size of the ozone layer that was depleting. Now industries can produce the same amount of energy at a very low price.