Peace Awards: Mary Lazarus Bags the Most Peaceful Actress of the Year 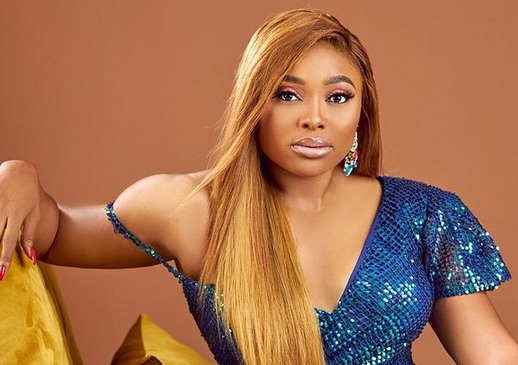 A recent National Peace Award ceremony took place in Abuja on 14th November 2021. This event was arranged to appreciate talented actors and actresses in Nigeria.

During the event, Mary Lazarus received the most peaceful actress of the year. She herself praised the organization and the event so much that she wished to have attended it. Due to some problems, Mary couldn’t make it to the award ceremony. She further added that her colleague Fawowe Asanu represented on her behalf.

Mary praised the entire team and wholeheartedly expressed her feelings for receiving the most peaceful actress award. Her emotions are valid because all the efforts and hard work made this happen. She promised to fulfill the expectations of her fans and hoped to never let down the nation.

She Shared Her Happiness with Her Fans on Social Media:

Out of excitement and happiness, she shared her pictures on Instagram. To her surprise, she gained millions of followers in a day on her social media platforms. Also, she added her certificate pictures to enjoy and receive more appreciation from the fans.

Among many Nollywood actresses, she showed her skills and was able to get in the biggest award nomination. Other than this, she also uploaded a few of the great actresses who received different awards to give them respect and accepted their victory openly. This tells a lot about her personality. Being a winner, Mary still manages to respect others’ endeavors.

Her actions explain a lot about her excitement, and also, taking out time for social media is proof itself that she is enjoying this award more than anything.

How Mary Appreciates the Organization:

One by one, she gives appreciation to every person who contributes to arranging the award ceremony. Although she didn’t get the chance to see those preparations by herself, she still recognizes its efforts.

After admiring and expressing her sentiments towards the event organizers, she individually addressed National President Messengers of Peace, Dr. Suleiman Adejoh, and showed her thankfulness in an honorable way. Also, she didn’t forget to praise Mr. and Mrs. Fawowe Asanu for representing her at the grand event. All these actions not only show her positive and compassionate attitude towards others but also points out that she is enjoying every bit of it.

Her Background and Achievements:

Mary belongs to Abis, Nigeria. She was born on 5th May 1989 to a family of nine. Her birthplace is Lagos State, whereas she has five siblings in total. What’s interesting is that she also has a twin brother, Joseph Lazarus.