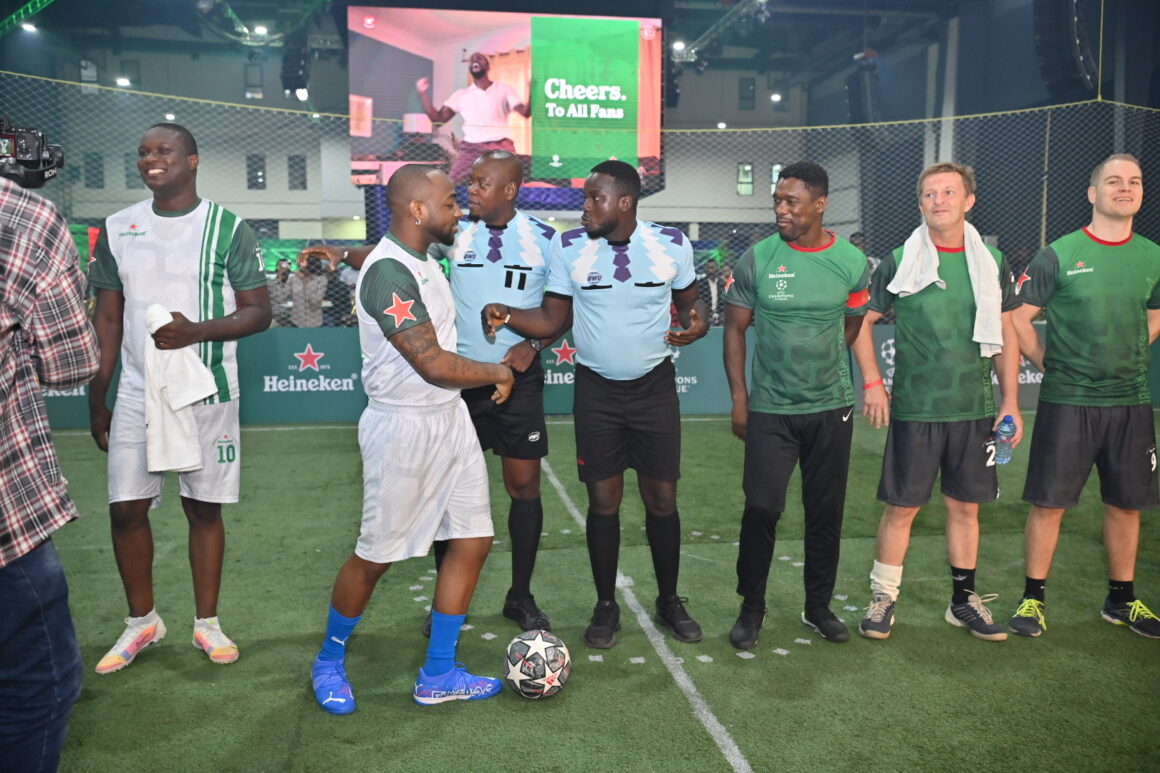 The UEFA Champions League Trophy Tour, which began in 2007, has transported the legendary trophy to more than 30 nations in Africa, Asia, North America, and South America through a number of activations. 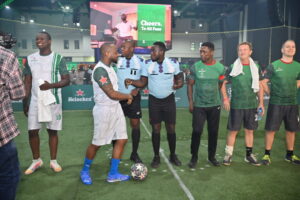 Sade Falase-Morgan, Corporate Affairs Director, Nigerian Breweries, Heineken, told the media that bringing Europe’s most prestigious club soccer competition to fans around the world is a priority for the company.

The arrival of Dutch star Clarence Seedorf in Nigeria on Monday for the UEFA Champions League trophy tour has caught the interest of football fans throughout the country.

The world’s most popular premium lager beer, Heineken, has finalized plans to bring the Champions League’s famous trophy closer to fans and devoted customers in Lagos and Abuja. The historic UEFA Champions League trophy, widely regarded as one of the most desired sporting awards, came in the presence of legendary footballer Seedorf and his entourage yesterday.

This year, Heineken has made another wise decision by guaranteeing that Seedorf, one of the most famous players to win the renowned silverware, will be the star of the trophy tour.

According to the plan, Seedorf’s visit to the SuperSport studio and then to the Nigerian Breweries Plc headquarters. Also, he will meet renowned Nigerian football legends who will face him and his squad in the Heineken Face-off football challenge later today at the Nigeria Breweries headquarters.

Following his visit to Nigeria Breweries, Seedorf will attend the Brewery pub, where a press conference will be held and the unveiling of the UEFA Champions League Trophy and the revealing of international legends home-grown legends will take place.

Afrobeats artist Davido will join super Eagles veterans Jay-Jay Okocha and Daniel Amokachi and a few football fans across Nigeria ahead of the arrival of Dutch legend Clarence Seedorf for the UEFA Champions League trophy tour, which will begin in Lagos.

Fans and the supporters, who have only been observers all day, will take center stage in the numerous games planned for their amusement while both teams relax.

Hundreds of fans in Lagos and Abuja will have the chance to see it live in the coming days thanks to Heineken. The focus then changes to the Landmark Events Centre, where Team Heineken and Team Nigeria will compete in a delectable challenge.