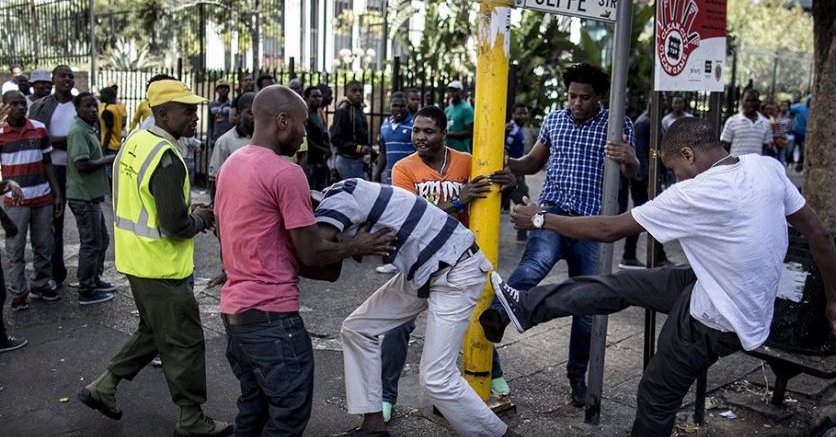 Arewa Consultative Forum, ACF has protested on the killing of the Northerners in the south east. They have asked the South East Governors to prevent killing of the northerners in the east. According to ACF, Nigerians aren’t safe in their own country. ACF has warned the governors of consequences if they didn’t do anything about the killings. Anambra State government has denied that killing being linked to religious or ethnic groups.

Secretary-General of the ACF Murtala Aliyu has stated that “Our main worry is regarding the situation in the South-East, yes northerners are equally victims but even the other Nigerians who are living there are not safe.  I think the important thing is to look at it holistically beyond regional or sectarian basis.”

According to him government is dedicating more of their time and resources to elections. Government should focus on the safety of its citizens. Hence, the safety of Nigerian citizens should be the top most priority of the government.

Murtala Aliyu explains,” So our own take as ACF is that government must take this thing seriously. A lot of energy is being spent on this electioneering thing. If election is necessary, bringing a new government is necessary, but I think before this government leaves, we must do something about security.”

Talking about the elections he said, “Otherwise, even election will be impossible in some locations.  The moment some parts of the country are not conducive for election; elections would not be conclusive.”

He added, “Once elections are not conclusive, do not adequately cover the country, it means everything would be questionable.  I think it is important government brings all the attention to security.”

Talking about the security conditions he said ,“In the South-East, from the insurgents or IPOB or gunmen or whatever you call them, in the North the bandits, ISWAP, Boko Haram and so on, it’s important government puts attention to security more than any other thing.”

There is a threat by terrorist as, they are saying that they are planning on killing the train passengers that they have abducted. The ACF has put the responsibility of their safety on the government. As, it is the governments job to provide safety to its citizens.

” For God’s sake, government must do the necessary, do all it takes.   They must secure these people alive.  This is our position and I think the position of every reasonable person.” the ACF had stated.

In an emergency meeting at Kaduna, the AYCF declared that that the northerners working in the south east shouldn’t be killed. The organization has stated that it was expecting Governor Soludo to take a stand against the killings. However, they were disappointed that he was unable to do anything. The AYCF said that the killing of mother, her baby and engineer shows that the lives of northerners aren’t valued in the south-east. However, in response the Anambra state government had stated that there are no targeted killings happening in the city. The deaths were linked to general instability in the country.