The Nollywood industry is currently one of the most booming in the world. With the rise of digital streaming platforms like Netflix and Amazon Prime,  more and more people are exposed to the great work Nigerian filmmakers do. If you’re looking for a list of Top Nigerian Movies on Netflix and Prime Video in 2022, you’ve come to the right place. We’ve compiled a list of the top Nigerian movies 2022 you must watch at home with your family. From heartbreaking dramas to hilarious comedies, this list has something for everyone. 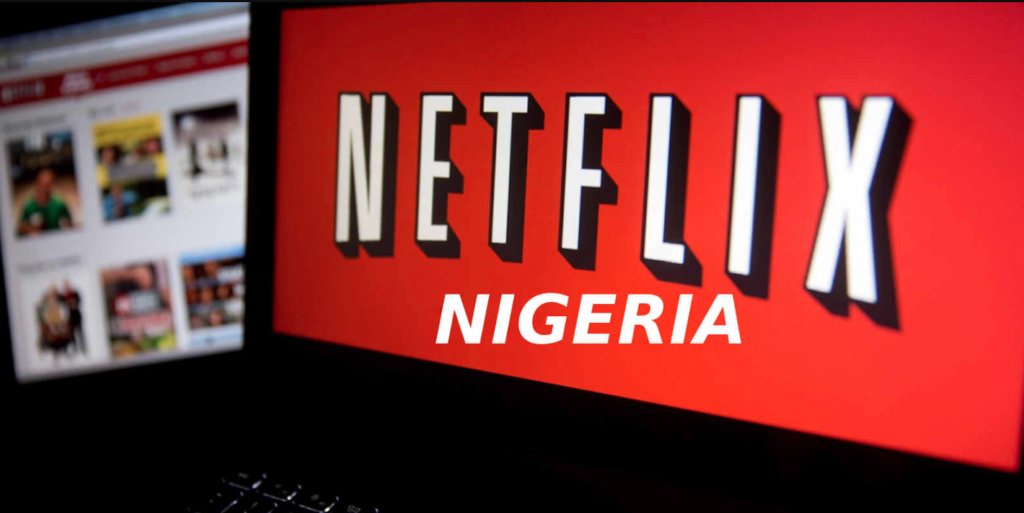 Here is a list of 10 top Nigerian Movies on Netflix in 2022 that you must watch:

Bolanle Austen-Peters directed The Man of God, which premiered on Netflix in April 2022. Samuel is the primary character of the movie. The movie does an excellent job of dealing with several different issues, including those dealing with love, religion, and the prevalent vices in society. This book has gained notoriety for portraying hypocritical pastors who abuse their positions of authority to carry out evil deeds.

After escaping the confines of his conservative religious upbringing to forge his place in the world, he finds that his spirit is split between the secular world he has chosen and the religion he formerly practiced. Samuel found himself in the middle of a love triangle due to his relationships with Atlanta Bridget Johnson’s Joy, Osas Ighodaro’s Teju, and Dorcas Shola-Rekya, Fapson’s true mate.

Glamour Girls, a remake of a film originally released in 1994, follows a group of female escorts trying to earn a living in the entertainment industry. This film is directed by Chika Onukefor and produced by Kenneth Nnebue.

Emmanuella (Sharon Ooja) is a struggling dancer. After being accused of stealing a client’s ring by the client’s bodyguard, Zeribe (James Gardiner), Emmanuella is fired from her job at the club where she worked. James Gardiner plays Zeribe. In later episodes, she meets Donna (Nse Ikpe-Etim), the proprietor of an institution specializing in escorting services. At first, Donna is not entirely certain that Emmanuella possesses the skills necessary to become one of her many escorts. However, after observing Emmanuella’s tenacity, Donna decided to shorten Emmanuella’s name to “Emma” and to take Emma on as a client of her agency.

The new version of Glamour Girls was such a success that it racked up more than 12 million hours of viewing time from viewers all around the world. The number of times people viewed it on Netflix during the week of June 27 to July 3, 2022, placed it in fifth place overall.

This movie completely revolutionized the Nigerian film business. The animated picture Lady Buckit and the Motley Mopsters is the first of its kind to come out of Nigeria.

It is a narrative of a young woman whose family’s bakery was forced to close in 1956. Bukky made a wish that she could travel back in time to alter something, but instead, she found herself in the future. However, in the future, she inhabits the body of a “bucket.”

This film stresses the value of family and emphasizes the significance of kindness, cooperation, and respect for others. The movie has been getting rave reviews ever since it was released.

Thousands of people worldwide have taken an interest in animation because it is so well done. It’s available on Netflix and is a must-watch!

The Nigerian suspense and action film Rattlesnake: The Ahanna Story, which also goes by the name The Armadas, was released in 2020. Charles Okpaleke and Ramsey Nouah are the film’s producers, while Ramsey is the director.

It is an official remake of the legendary action-thriller film Rattlesnake, directed by Amaka Igwe and released in 1995. The original film was a huge success in Nigeria.

Stan Nze, Chiwetalu Agu, Osas Ighodaro, Omotola Jalade Ekeinde, and Ayo Makun are all fantastic in their respective roles as the film’s primary protagonists. On November 13, 2020, it made its debut in public theatres for the very first time.

The story is of a young man named Ahanna who chooses to live the ideal life he has always envisioned for himself. He gathers a group of guys skilled in various areas and gives them the name “The Armadas.” They carry off a string of spectacular robberies when they work together. The situation, however, shifts abruptly, and suddenly, the squad faces more formidable adversaries on both sides.

The movie received conflicting reviews from film experts, and when everything was said and done, it was placed twenty-fourth on the list of the highest-grossing Nigerian films of all time.

It is considered by many to be one of the best movies to come out of Nigeria in 2020. 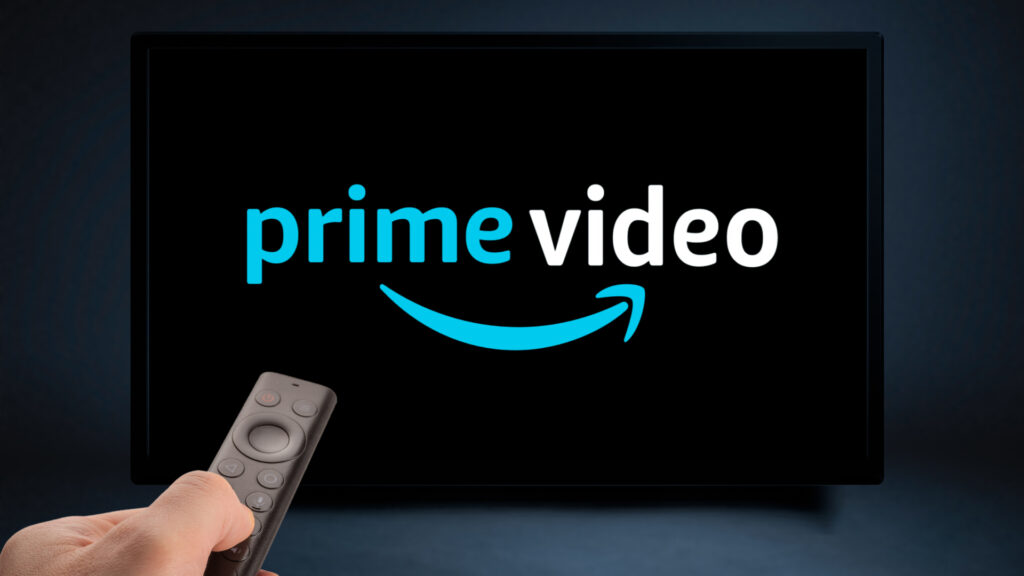 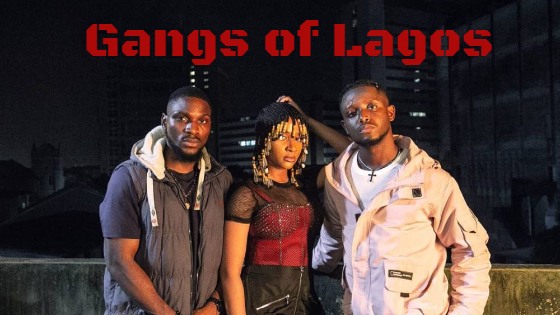 On Thursday, August 4, the formal debut of Amazon Prime Video took place in Nigeria. Accompanying this event was the much-anticipated release of the film “Gangs of Lagos.”

Chiké, Tobi Bakre, and Adesua Etomi-Wellington are the three main characters in the show. Jade Osiberu is responsible for directing and producing “Gangs of Lagos.”

Kemi Lala Akindoju is also responsible for producing the film, while Akin Omotoso is a co-producer.

“Gangs of Lagos” is an action-crime movie that narrates the lives of a group of friends who grow up on the busy streets and in the neighborhood of Isale Eko in Lagos. Each of them has to figure out their future. The neighborhood is filled with gang activity, and each friend must learn to navigate their path through life.

A teenage orphan, Amir, meets a young girl while attempting to evade the mob. She is an ambitious prostitute, and he is wearing a bomb vest beneath his clothes. Both are running out of time, and they quickly realize they need each other to accomplish their objectives. The Delivery Boy is an excellent example of making the most of the fewest resources available.

A group of friends has agreed to rush-plan the wedding of a woman in her early thirties by only giving her a total of 12 days to prepare. Throughout the film, she asks various probing questions about finding a husband. She has difficulty finding an eligible man for marriage, but surprisingly she meets the man of her dreams. It’s a lighthearted movie that will keep you glued to the screen.

Up North is a Nigerian drama film released in 2018 and co-produced by Anakle Films and Inkblot Productions. Tope Oshin was the film’s director. Naz Onuzo and Bunmi Ajakaiye created the script, and it was based on a tale that Editi Effiong wrote. The majority of the filming took place in Bauchi.

The film tackles the interplay of love, friendship, and family politics through the lens of the defiant young scion of an affluent family who is sent to Northern Nigeria to serve his National Service obligation. After experiencing a string of misfortunes and accumulating many memories, the privileged hero finally starts to come into his own.

The humorous timing and careful attention paid to the fundamentals of the plot were two of the many strengths, along with the novel viewpoint and multicultural details they incorporated. The breathtaking natural settings of the North are brought into sharp focus during the film.

Drama, suspense, and action abound in Netnaija Nollywood Movies. They are sure to keep you entertained for hours on end. These are just some of the top Nigerian movies in 2022 you can Bingwatch at home. So make sure to add them to your watch list!