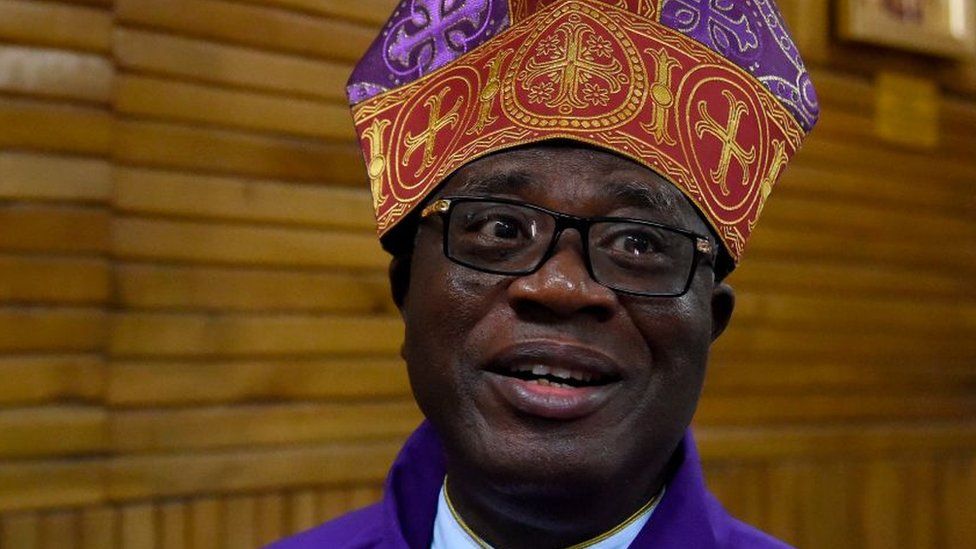 The Presbyter of the Methodist Church Nigeria, Aaron Akabuokwu says that the kidnapping of the Methodist Samuel kanu was an embarrassment for the whole country. The Methodist was kidnapped alongside his chaplain and his driver. They were captured by the armed gunmen when they were heading for Owerri airport on the Enugu-Port Harcourt Expressway. Their kidnapping came as a shock to everyone. Samuel kanu is a religious figure with great influence over the Christian community of Nigeria. The kidnappers asked for ransom of about N100 million

According to Mr. Akabuokwu, the kidnapping of a Methodist was a national tragedy.

Talking about the kidnapping he said: “It is sacrilegious, an abomination and height of national and international embarrassment.

“It is regrettable that a man of such caliber could be whisked away into the bush all for the sake of money.” He added.

“We are in a very sad mood because of the ugly incident that happened. It goes to show the moral depravity in this nation. There is no regard for sacredness.” He added.

Highlighting his belief in God he explained “We are trusting that God will use what has happened to wake our political leaders up to their responsibility”. Adding on “If such a high profile person can be kidnapped, then there is no hope for the ordinary man.”

However, the Methodist was freed later on and this led to a wave of happiness within his people. Although, it wasn’t stated how he was released. The Nigerian Christian community arranged celebrations on his release. The members of the Methodist Church arranged a prayer amongst the whole community. This was done to thank the god for his release.

Attacks have become a normal occurrence amongst the people of Nigeria. Not a day passes by without the attacks from armed gangs. To the north, there are Islamist militant groups who have created unrest among the locals. To the south east region there are separatist who demand a separate homeland for themselves. In between there is a country which is preparing for elections next year. The government of Nigeria says that the Indigenous People of Biafra (IPOB) are behind the attacks. However, IPOB denies such accusations. The group is behind the unrest as it orchestrates its own curfew and asks the people to stay at home. They carry out attacks to scare the people.

However, it is still not known who was behind the capturing of the Methodist. It remains unknown. However, kidnapping has become a very normal thing in Nigeria. The cases are on a rise and nothing is being done to prevent the kidnappings. It is turning into a business. The kidnappers ask for ransom and if it is not paid then they kill the person. The government seems to be unable to control such occurrences. So it is necessary that the Nigerian government implements some new tactics to control such incidents.