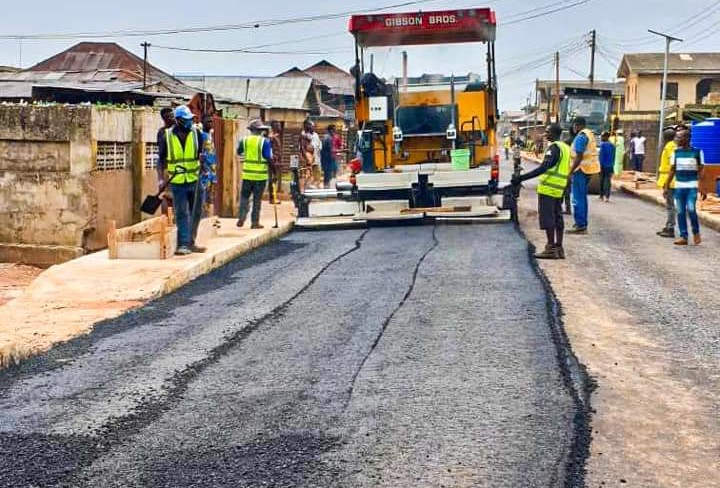 Nigeria’s infrastructure has long been an issue that even the most developed states face. From Lagos to Edo to the Ogun state in the southwest, many cities that have the potential to become business hubs do not have the privileges.

The basic reason is that the past governments have not paid attention to infrastructural improvement, and things aren’t on the brink of collapse.

Now whether it’s a temporary passion near the elections or actual plans is a long debate.

But the authorities have been working for a long time to take steps against the socio-economic downturn.

Lagos is a state with much potential and earns trillions of dollars of GDP for the country. However, it also faces extreme infrastructure issues.

The Long Road Project And Its Future Prospects

Recently in the state of Ogun, a road was under construction, which has now reached completion. This development was going on even when the budget was less. There was a lack of funds to complete the project.

We got to know the details of this road project from the governor of the state, Dapo Abiodun, as he carried out the inauguration. Also, in the ceremony, the governor mentioned the main objectives of this project.

He mentioned that the long road project, Igan-Ishamurin-Odo Shikiti Road, was meant to boost business activity.

He made a commitment to the public on media that socio-economic development is like attracting business activity and investors’ interest.

To achieve that level of success where Nigeria is among the list of the most advanced economies, he said he has plans for the future. For this purpose, the first task for the authorities and the government is to carry out capacity-building and rehabilitating measures.

These include correcting the roads that didn’t have accurate planning. Moreover, connecting rural areas of farmers to urban centers and supporting industries is also a goal. Ogun borders Lagos, which means the cities in Ogun can be large business hubs if given the right opportunities.

Ogun state has many industrial cities, mostly known for the cement and limestone industries that earn for the country. With over 3,750,000 residents, the state earns an overall GDP of $10,470 million.

It is mainly the secondary manufacturing industry that earns a great deal for this state and even exports. The capital city AbeoKuta is one where Nigeria’s most famous political personalities reside.

For the current governor of the state, there was an overwhelming love, and people now only have one candidate in mind for the 2023 elections. Many farmers from the nearby rural areas thanked the governor for his efforts.

They also said that he is one of the few candidates who have worked for the betterment of the state. The new road initiative and others are bound to bring in a socio-economic boost. Moreover, farmers and rural areas will also be at ease.

It will also become easy to migrate to urban centers for those areas. Moreover, since they will be able to easily transport the crop and sell it at a competitive price in the market, they can move from a subsistence lifestyle to a more developed one.