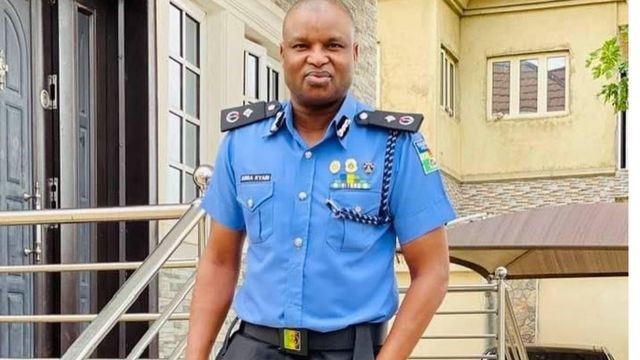 A suspended deputy commissioner of police (DCP), Abba Kyari, is back in the headlines again. He was still under police probe because of his suspected involvement with hushpuppy. Abba kyari was known for his internet frauds, but now a national drug law enforcement agency (NDLEA) has arrested Abba Kyari as a suspect on a 25kg cocaine deal.

January 19, 2022, Chibunna Patrieck Umeibe and Emeka Alphonsus landed in Enugu from Ethopia. These two international drug couriers were arrested at the Akanu Ibiam International Airport. A unit of intelligence response team (IRT) carried out this arrest. It is the same IRT that Abba Kyari supervised before he got suspended over hushpupppi. On 21st January, two days after the arrest, Abba kyari met the NDLEA operative. In the capital of Nigeria, Abuja, the meeting was held where Abba Kyari told the operative that 25kg of cocaine were found from the arrest at Enugu by IRT.

Reports claim that in the meeting, Abba kyari proposed a plan. He told the operative that the cocaine seized should be divided into two parts, 15kg, and 10kg. Abba kyari planned that for 10 kilograms, NDLEA would take legal action against the suspects. The other 15kgs will be taken out by Abba kyari, replacing them with the dummies. Three days later, NDLEA was ready to play along with the entire plan.

When NDLEA was all set up to execute the plan, Abba kyari told them that the 15kg of cocaine was already divided. He took 8kgs while the informants took 7kgs. He requested to sell another 5kgs from the 10kgs kept to prosecute the suspect. The money from that 5kgs was planned to be given to NDLEA operative and FCT commander. The amount at which this 5 kg would be sold was estimated to be N35 million. Abba Kyari promised to deliver $61,400 to the NDLEA operative.

25th January, the day was here when the last move of the play was to be executed. At 5:35 of the same day, Abba Kyari landed in Abuja from Lagos to conduct the meeting with the NDLEA operative and get this thing done. Abba Kyari asked the NDLEA if his younger brother could deliver the money, but the operative insisted that he personally deal with Abba Kyari.

Abba Kyari planned that the 5kg packet would come with red dots on it to look different from the dummies. This was done to ensure that the right material was sent to examination. Originally $61,400 was to be delivered at Abuja spot, but the officer requested to take the money in his car. The vehicle had pre-installed recording devices that saved everything in the car.

According to IGP, the involvement of the International narcotics cartel was suspected. It is said that they have strong ties with a few of the NDLEA officers who are currently working.

In the meantime, along with the other four officers, Abba kyari was arrested. The case is large, and NDLEA has said they would never cover up for anyone regardless of their position.