10 Most Popular Celebrities of the Year [Yelloudt Picks]

In the entertainment industry, there’s constant competition. One has to stay ahead, perform well, and connect with the viewers to remain in the limelight. Out of all of the amazing, and brilliant celebrities, few manage to make their names unforgettable and become all time audience favorites.

Are you curious enough to know the names? Believe me, and it’s worth the wait.

Let’s have a look at the ten most popular celebrities of 2021, but remember these names are in no particular order.

He is one of the best actors and businessmen. Dwayne Douglas Johnson was born on 2nd May 1972. At present, his movies have crossed $10.5 billion.

Before acting, his fans knew him as the most popular wrestler, the Rock. Not only this, this American actor was getting famous day by day and made his place in the top ten list of actors.

His best Hollywood movies are Fast & Furious, The Game Plan, Jumanji series, Scorpion King and Hercules. To date, he is still winning the hearts of his fans with incredible work.

Who doesn’t know him? The most popular legendary footballer was born on 24th June 1987 in Rosario, Argentina. His family moved across the Atlantic to make a home in Spain. At 13, Messi got a chance to train at FC Barcelona’s youth academy.

He signed his first contract on his 18th birthday as a senior team player. Messi has won 6 European golden boot awards and six Ballon D’Or awards because of his extraordinary performance. Messi has a lower center of gravity because of his short stature, allowing him to rapidly change his direction.

Presently, Messi is one of the richest football players and a philanthropist who is making a difference in the world.

Kimberly Noel Kardashian is an American businesswoman, model, and socialite. She was born on 21st October 1980. Over these years, she has struggled hard in her career but successfully developed a social presence.

Kim Kardashian entered the business world in 2007 with her two sisters and opened a boutique shop in California. A year later, she made her debut film spoof disaster movie. Her character’s name was Lisa.

Moving on, Kim Kardashian released her third fragrance in 2011, name gold. And in 2012 debuted the fourth fragrance, ‘true reflections.’ In 2017 she focused on her business, KKW beauty and fragrances.

In 2017 she focused on her business, KKW beauty and fragrances. Although she has faced a lot of hate from people, it hasn’t stopped her from pursuing her dreams. Currently, Kim has millions of fans on Twitter and Instagram.

Oh-so-popular Hollywood singer, songwriter, and actor. He belongs to Canada. Let us take you back to the past were junior Justin Bieber attended a French language immersion elementary school. He grew up learning guitar, piano, and drums. And then graduated from ST. Michael Catholic secondary school in 2012 with a 4.0 GPA.

Scooter Braun, marketing executive of So So Def recordings, was searching for a different singer. So accidentally, he clicked on Bieber’s youtube video from 2007, and he was quite impressed.

Later on, he contacted his mother and took him to Atlanta, Georgia. Justin recorded demo tapes, and after a week, he began singing for Usher. His singing talent has inspired many people and becomes their favorite singers.

Still, at the age of 26, he successfully makes his presence in the top most popular celebrities list 2021.

Taylor was born on 13th December 1989. She is an outstanding pop and rock singer—also a great actor, songwriter, director, businesswoman, and whatnot.

Here is the little success story about her. Taylor Swift pursue her career at the age of 14 in country music. After that, she signed a songwriting deal with Sony in 2004. Also, she released her debut studio album in 2006. She got a huge fan following after the song ‘You belong to me and ‘Love story.’ Also, in 2009 her music video ‘You belong to me was named Best female video at the MTV music awards.

Forbes estimated Swift’s net worth US$550 million, which comes from her concerts, promotions, and music.

Even after so much competition in the industry, she is still managing to remain in the heart of her fans.

She is an amazing model, socialite, and business person. At the age of 14, Kylie collaborated with a well-known brand PacSun along with her sister. Also, she starred in the famous tv series “keeping up the Kardashian.”

Her success story does not end here. She also owns a brand named Kylie Cosmetics. Time magazine listed the Jenner sisters on the list of top most influential teens. Also, Jenner has placed on the Forbes celebrity 100 lists. The award list of Jenner is quite huge. Let’s start from the years 2013 and 2014. She was awarded the Teens choice awards in the category of reality star.

Afterward, in 2016 she was awarded the Snapchatter of the year. The latest award was in 2019 for the year’s fragrance and for the best collaboration. In 2020, she was recently awarded in the category of Together they fire up my feed.

Forbes declared her as the youngest self-made billionaire whose current net worth is more than 1 billion dollars.

Kanye Omari West is a famous rapper, fashion designer, and songwriter. He earned popularity in the early 2000s as a music producer.

The great hip-hop artist was born on 8th June 1977 in Atlanta and raised in Canada. Kayne is one of the best music sellers. He has received multiple awards, including the Michael Jackson Video Vanguard award and the Billboard Artist Achievements Awards. Also, I won 22 Grammy Awards.

Because of his outspoken nature, Kayne has always been in the media. He is a fashion designer as well. He has collaborated with big brands like Louis Vuitton, The Gap, and Nike in the last few years. Also, he is the founder of “Donda,” a creative content company. As of 2021, his net worth is $1.8 billion.

In 2006, Aubrey Drake Graham started his career with the debut album mixtape room for Improvement. He is a Canadian singer, rapper, and actor.

Drake was born on 24th October 1986. He launched his debut studio album Thank me Later. His fans have been waiting for the release for a long time. The second musical album, “Take Care,” was launched in 2011 and boosted his carer.

Later in 2013, “nothing was the same” gave commercial recognition. The fourth launch, “Views,” won the listener’s heart. The release of albums” what’s Next” and “Certified Lover Boy” in 2021 is still among the top-ten US entries.

He won six America awards, four Grammy awards, three Juno Awards, and two Brad Pit. Drake is ranked as the highest-certified by the RIAA as the artist in the United States.

Her full name is Jennifer Shrader Lawrence. She was interested in plays and musical competitions from her school life. At a significantly younger age, a talent scout spotted Jennifer and her skills while she was enjoying vacations with her family. This was the beginning of her career.

Later, she started her acting career and played different guest roles on television. In 2007-2009, the Bill Engvall show cast her in a sitcom as a major role. Jennifer Lawrence has won the academy award for best actress for her performance in Silver Lining Playbook. Also, she played a supporting role in American hustle and got BAFTA Awards for Best Actress.

She is one of the highest-paid actresses and made her name on the list of 100 influential people having a net worth of $6 Billion.

Sebastian Stan is an American and Romanian Actor. He was born in August 1982. In 2011, He got recognition from the character “Bucky Barnes” in Captain America’s film based on the Marvel Comics character. Later, his role in marvel cinematic movies as the Winter Soldier captured the audience’s attention.

Fast Forward to 2016, he appeared in Civil War. Later in 2018, he worked in Avengers Infinity wars. His struggles and good acting skills made him to Avengers Endgames. He is the most famous among his fans.

Besides this, Stan has played a role in One Upon a time as Jefferson, Gossip Girl as Carter Baizen, Kings as Prince Jack Benjamin, and much more. His looks and hard work made him nominated for the Critics Choice.

Creativity and productivity help remain on the list of top celebrities whether you are an actor, designer, singer, or rapper. So, people always admire celebrities who give us a good entertainment source. 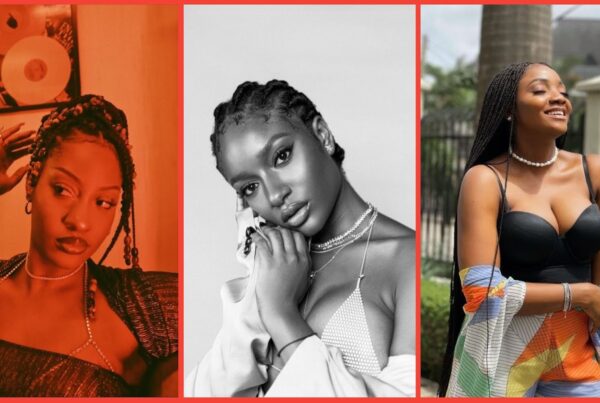